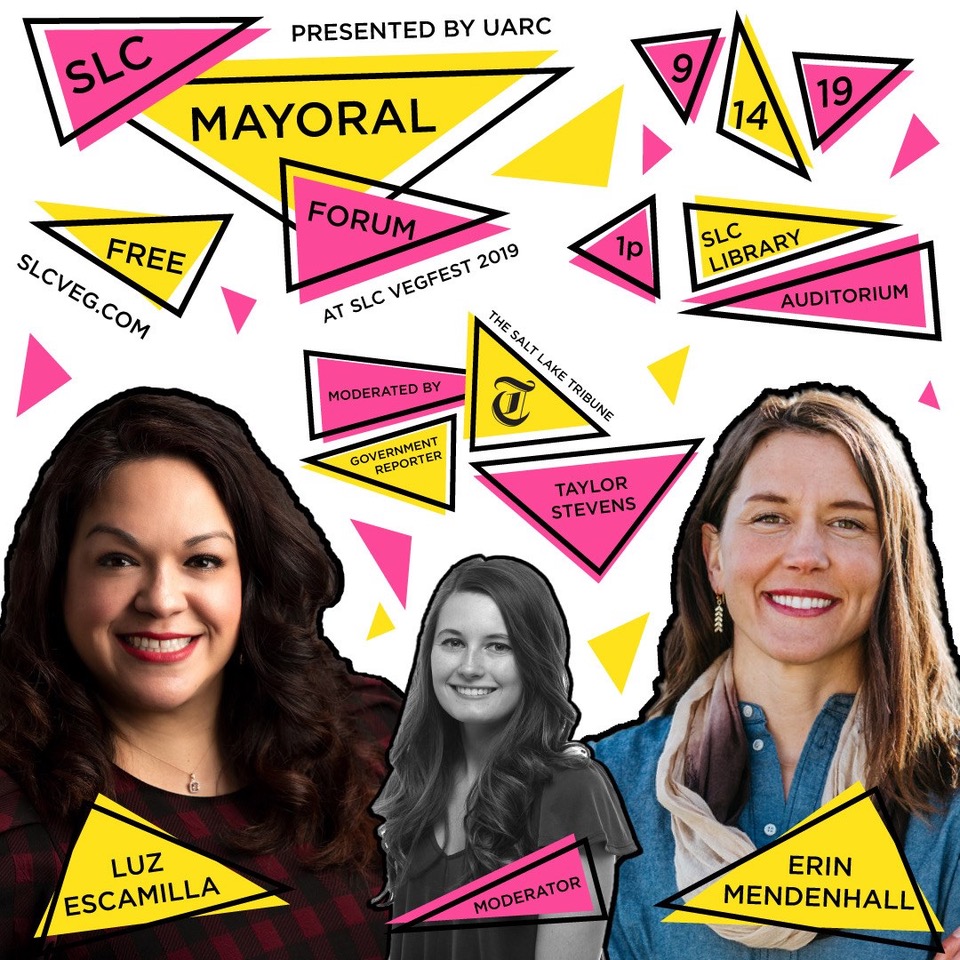 Kicking off SLC VegFest 2019 in the library auditorium is a first-of-its-kind Mayoral Forum, featuring Erin Mendenhall and Luz Escamilla, candidates for Salt Lake City Mayor. The event will be moderated by Taylor Stevens, government reporter for The Salt Lake Tribune.

The forum will last one hour. During that time, the moderator will pose several questions, and provide opportunities for the candidates to respond. The questions will address many high-profile issues on the minds of Salt Lake City voters, along with questions that focus on ways the candidates can make Salt Lake City a more humane city for animals.

The animal protection movement is making huge strides. Having a forum for mayoral candidates at SLC VegFest is an indicator that this issue is increasingly on the minds of candidates and voters, and another indicator of significant progress. We encourage Salt Lake City voters, as well as the local animal advocacy community, to attend and participate. 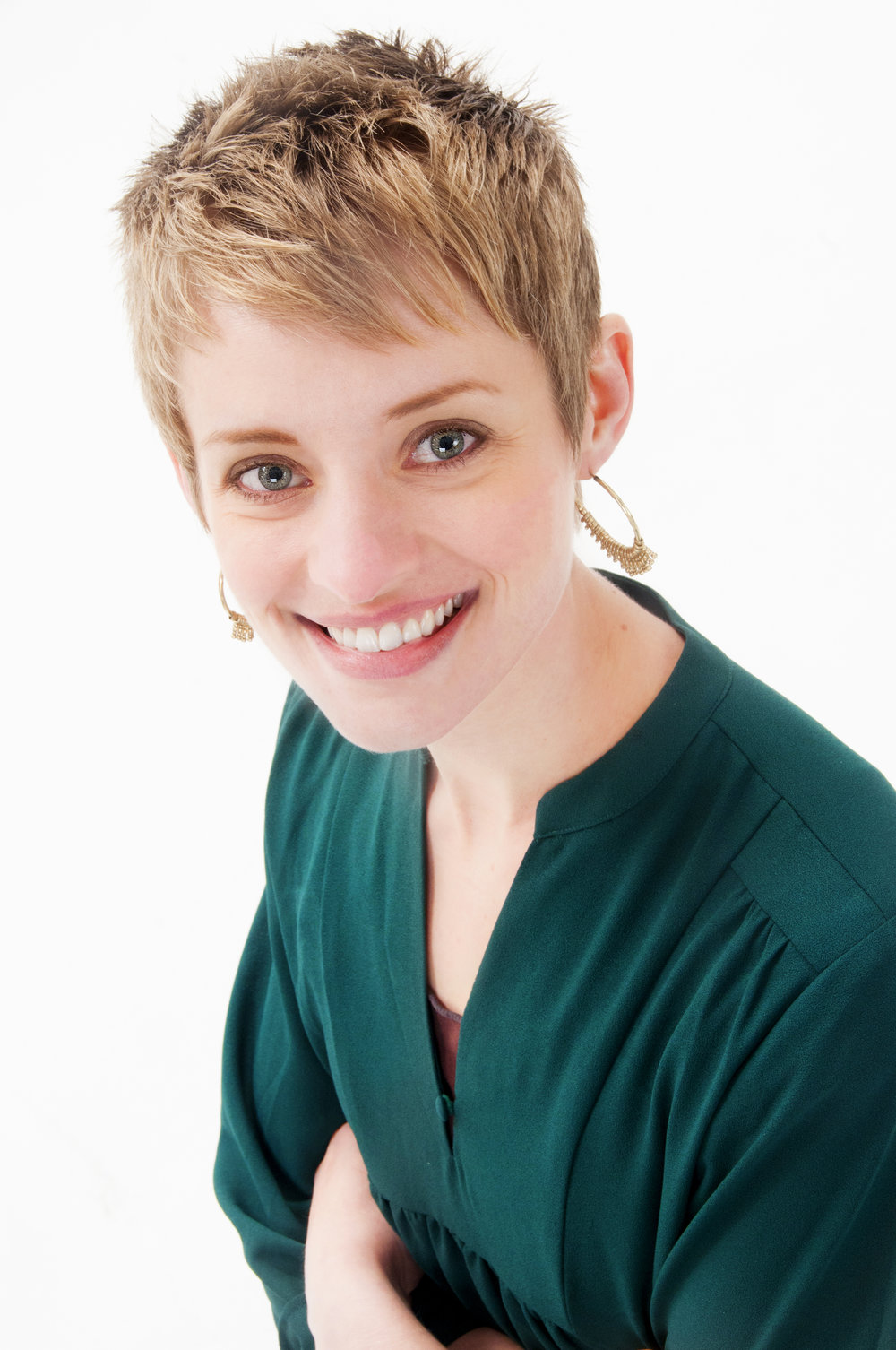 Danielle is a National Board Certified Health & Wellness Coach. She is trained in Motivational Interviewing and other methods that help people make lasting lifestyle changes to improve their health. Danielle is also a passionate promoter of plant based nutrition. She has completed the Plant-Based Nutrition certification from Cornell University, the Rouxbe Forks Over Knives Cooking Course, and has studied with Dr. Pam Popper, PhD to become a Certified Food Over Medicine Instructor and Lifestyle Coach. Danielle leads a monthly potluck in Springville, Utah and is committed to helping people turn their health around with healthy lifestyle habits. 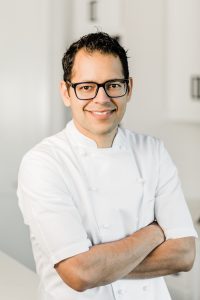 Chef Heber was born and raised in Monterrey, Mexico and attended culinary school there. Altogether, he has almost 20 years of experience in the culinary industry and has cooked for celebrities, entrepreneurs, athletes and everyone in between.

A few years ago, Heber and his wife decided to start eating a plant-based diet free of animal products and processed foods. They were amazed at how good they felt, how their health improved and their energy skyrocketed. Though Heber understands that not everyone will choose to eat exactly this way, this is where he began his mission to incorporate more plants into the lives of the average American! Heber understands that people have different goals- to lose weight, to build muscle, to be free of disease (to name a few). He aims to help people become their best selves – to eat well and enjoy this wonderful life! Heber believes in the power of plants to heal, boost energy and improve the quality of our lives. He wants to share this with as many people as he can, and began a meal prep and catering business hoping to spread the love through food. 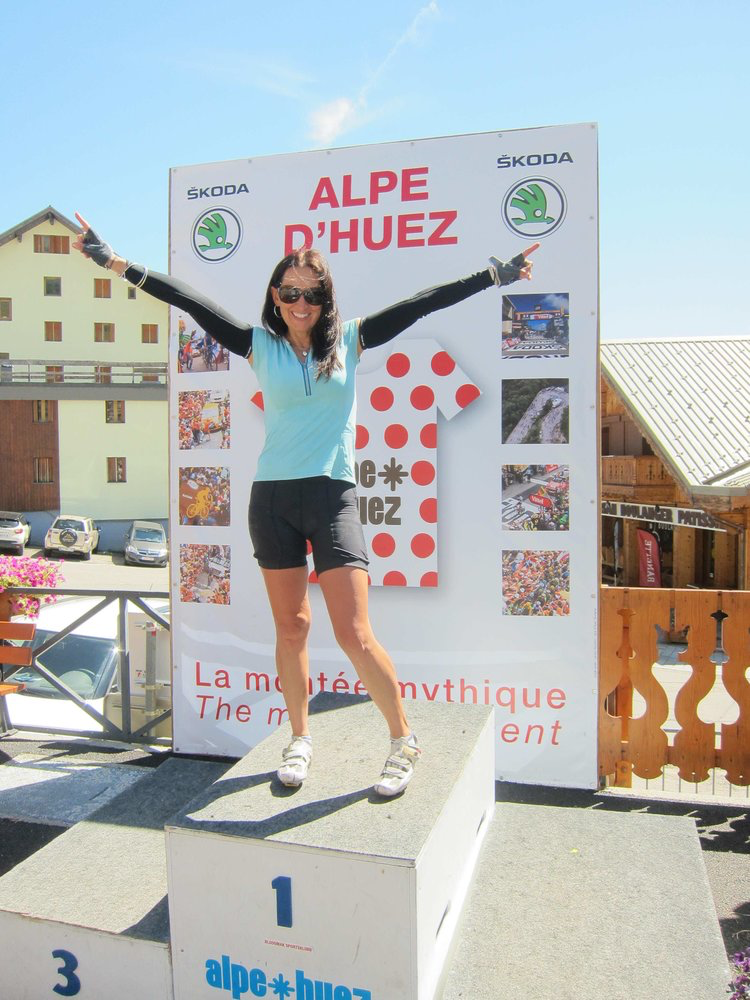 Martie is a certified nurse-midwife with Intermountain Nurse Midwives. She earned both her master's and doctorate in nursing from the University of Utah. For over 26 years Martie has followed a plant-based diet and has taught multiple vegetarian nutrition and cooking classes. She has experienced two healthy vegan pregnancies herself, and is passionate about assisting patients to reach optimum health using a WFPB diet. When not attending births @ IMC, she can be found running trails, cycling or practicing yoga. Martie is a 200H RYT certified yoga instructor.

SEA OF SLAUGHTER AND THE FIGHT TO SAVE MARINE WILDLIFE
Time: 3:00 PM
Location: Library Auditorium

Born in Sweden, Peter, 34, sits on the Board of Sea Shepherd Global and is the captain of the marine conservation ship ‘Bob Barker’. As the Director of Campaigns for Sea Shepherd Global, he oversees the development of programs to combat the poaching of marine wildlife, campaigns that have halted criminal operations and saved countless lives.

In 2014, Peter set the world record for the longest maritime pursuit in history, when he and his crew chased the Interpol-wanted fishing vessel 'Thunder' for 110 days before it sank off the coast of West Africa.

From Antarctica to Africa, Sea Shepherd is working together with governments to board, inspect and arrest illegal fishing vessels at sea. In the past 3 years, more than 29 fishing vessels have been arrested, each one an unlawful slaughterhouse shutdown.

Peter will speak about the state of the world's oceans, illegal fishing and why the plight of fish never gets the attention that it deserves within the vegan movement. 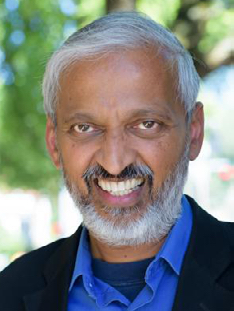 This talk examines the top causes of premature extinction on Earth - climate change, biodiversity loss, ecosystems collapse, chemical pollution and more, and explains how a nonviolent Eco-Vegan lifestyle mitigates all of these causes. It advances the hypothesis that an ecosystems role for human beings as compassionate "Climate Healers" or as the "Thermostat Species" is in harmony with scientific facts as well as with the foundational stories of major cultures. With strong scientific evidence, it shows why we need to transition to a largely Vegan World to continue fulfilling this ecosystems role by 2026, seven short years from now, or risk our own extinction.

Dr. Sailesh Rao is the Founder and Executive Director of Climate Healers, a non-profit dedicated towards healing the Earth’s climate. A systems specialist with a Ph. D. in Electrical Engineering from Stanford University, Stanford, CA, USA, conferred in 1986, Dr. Rao worked on the Internet communications infrastructure for twenty years after graduation. In 2006, he switched careers and became deeply immersed, full time, in the environmental crises affecting humanity and has been studying how to reverse them and achieve global sustainability from a systems perspective. Dr. Rao is the author of the 2011 book, Carbon Dharma: The Occupation of Butterflies and the 2016 book, Carbon Yoga: The Vegan Metamorphosis. He is an Executive Producer of the trilogy of documentaries "THEY Don't Want You To See", The Human Experiment (2013), Cowspiracy: The Sustainability Secret (2014) and What The Health (2017), which explore the systemic causes of human and environmental ill health. He is also an Executive Producer of the new groundbreaking documentary, "A Prayer for Compassion". Dr. Rao has over 50 standards contributions to the ATM Forum and the IEEE 802.3 CSMA/CD Working Group, 22 peer-reviewed technical publications, 10 U.S . Patents and 3 Canadian Patents and has received numerous awards throughout his career. 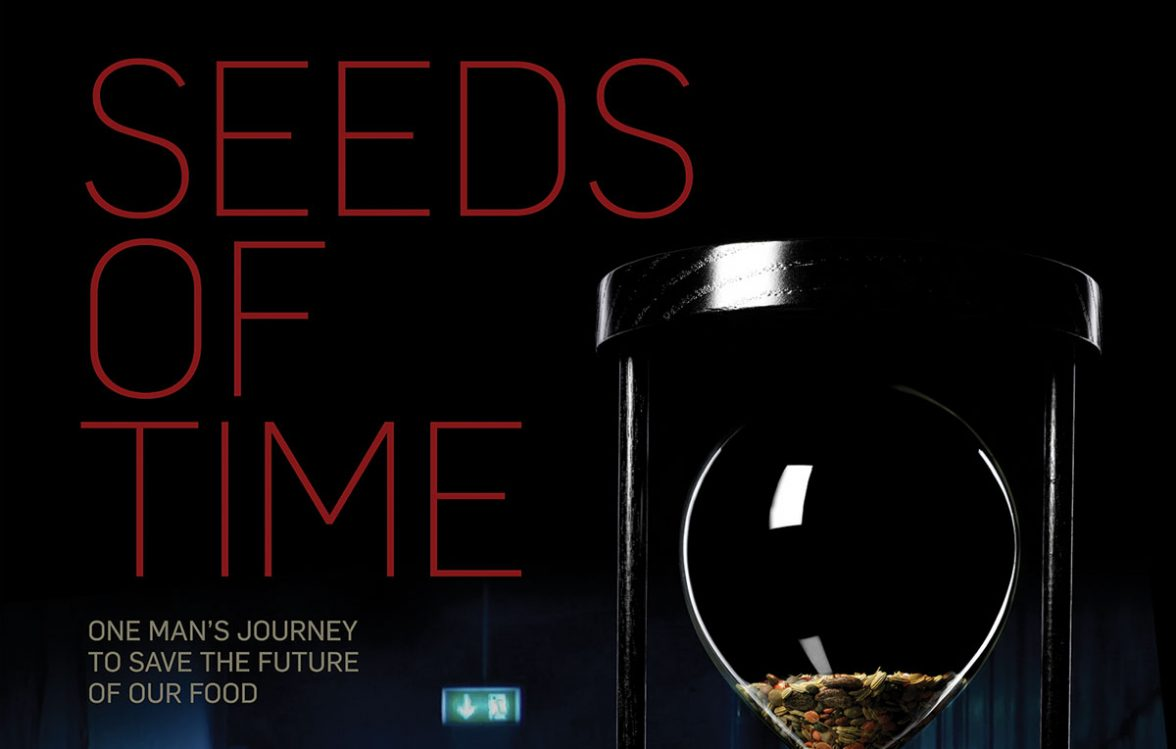 Celebrate the re-opening of the SLCPL Seed Library for fall returns! Seeds of Time is focused on seeds as food security and is the inspiration for the Seed Library! There will be a brief Q and A after the screening to answer questions about the Seed Library and how to use it. 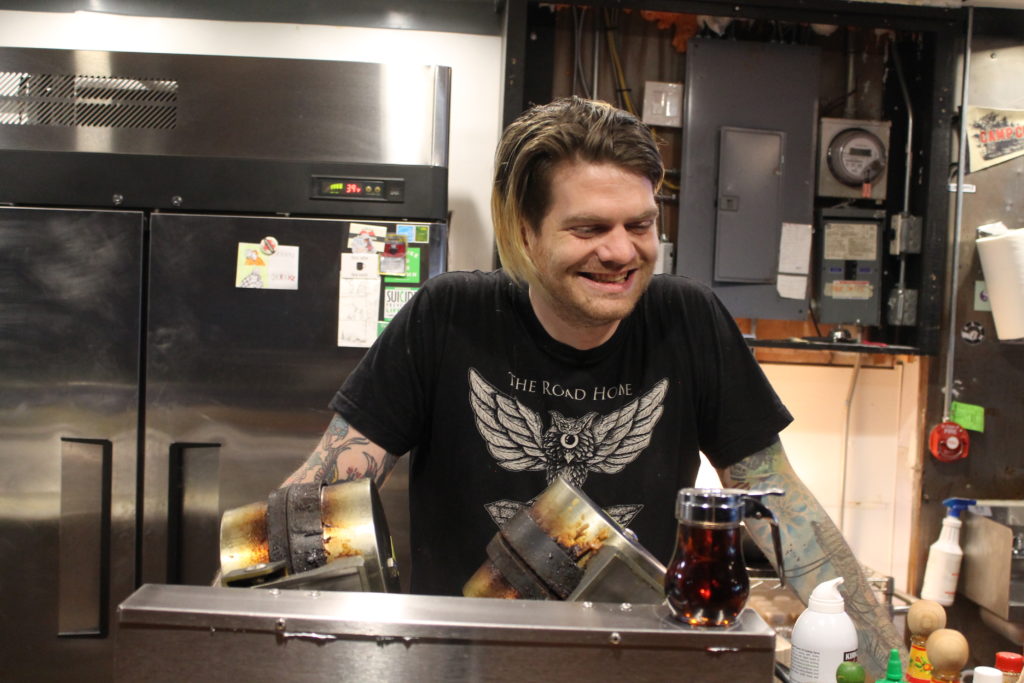 Cooking Demonstration with Mark of the Beastro

Join Mark of the Beastro chef, Andrew Earley, to learn the secrets of how to cook his famous Tofu Benedict with Hollandaise Sauce!